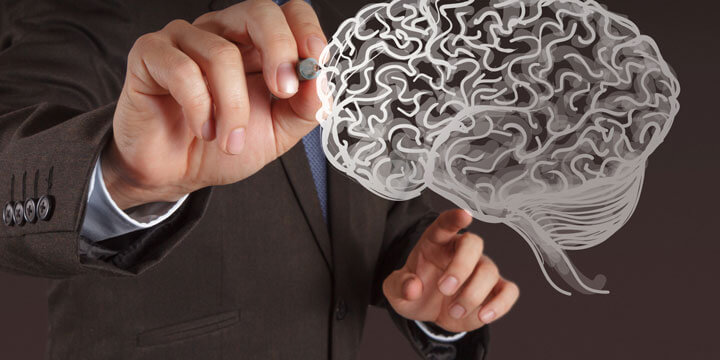 Why does this spongy mass fascinate us so much? The Egyptians certainly didn’t consider brains to be particularly worthwhile – they disposed of them before sending their relatives to the afterlife. To them, the heart was the centre of emotion, thought and personality. The brain was just a grey, gooey blob.

No longer.  Now brains are everywhere. They are the object of marketing campaigns, political interest, economic gain, and even romantic desire. They appear in news articles, books, art exhibitions, and advertisements. We have a brain bias.

The Seductive Allure of Neuroscience

Brains have such a seductive allure that the inclusion of unnecessary or irrelevant neuroscience can even sway opinions, according to a study by Deena Weisberg and colleagues.

The researchers asked members of the public to judge whether explanations of real life psychological phenomena were good or bad. For instance, people were told that:

A Celebrity Endorsement from the Brain

In other words, the researcher’s findings suggest you will be easily deceived by nerdy talk about the frontal lobes and brain circuits when you shouldn’t be. You will find the neuro-sports drink more appealing, the neuro-chocolate sweeter, and the neuro-vitamins just working better. You’ve fallen victim to a celebrity endorsement from the brain!

To see if this “seductive allure” affected everyone equally, Weisberg and her colleagues tested two additional groups: students studying neuroscience and neuroscience experts.  Remarkably, the students were just as taken in as the general public although the experts were not. In fact, the experts always judged a bad explanation as bad and were actually less satisfied with good explanations that included irrelevant neuroscience.

Very few people are neuroscience experts but for the rest of us there is reason for hope. With all cognitive biases, knowledge is power. As we become aware of and familiar with our brain bias, it is likely to have less influence on our behaviour.

Joe's PhD is in Artificial Intelligence but he found himself much more interested in natural intelligence -- how the human mind works. After training in neuroimaging at Cambridge and Oxford, he established a reputation as a leading researcher in how the human brain processes language. He is a former Head of Experimental Psychology at UCL as well as the current Vice Dean for Innovation and Enterprise. Joe’s collaborations with corporate partners include Audible, Vue cinemas, Finecast, the rail industry, and EncoreTickets.  His research has been featured in CNN, the BBC and the Times, among others.

Joe has published more than 80 scientific articles in international journals.