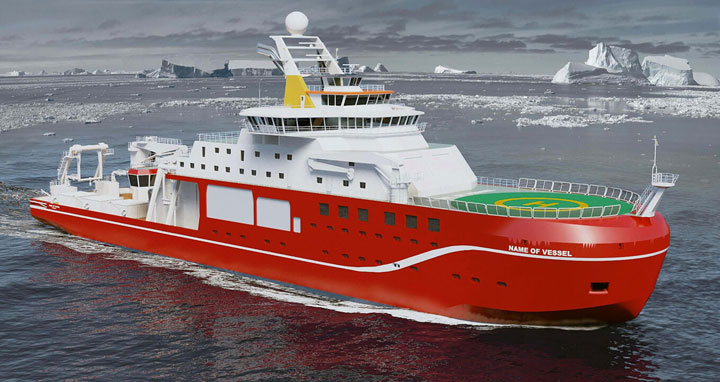 When the Natural Environment Research Council (NERC) offered the public a chance to name their new £200m polar research vessel, I’m sure they expected some oddball names to crop up. I sincerely doubt, however, that they anticipated that Boaty McBoatface would have just under four times as many votes as its nearest competitor. The British public have spoken but did NERC listen?

No.  The boat is called the RRS David Attenborough.

Technically the poll results were only a suggestion – a panel of experts made the final decision and they opted for tradition over public opinion. A respectable choice, but what a lost opportunity!

The new Royal Research Ship (RRS) is a state-of-the-art research vessel that will cruise the polar waters around the Artic and Antarctic. A crew of scientists will investigate ice sheets, ocean currents, the effects of climate change and marine life in these most extreme regions. In other words, they will conduct world-leading environmental research in the toughest conditions.

Rather than ruing the day they invited the public to share their thoughts, NERC should have been delighted with the wave of public enthusiasm.

Public interest in science was running at an all time high. Space scientists at the European Space Agency (ESA) made landing Philae on a comet one of the most exciting events of 2014 and soon after, NASA’s New Horizon mission produced amazing images of Pluto. The particle physicists at CERN were pretty great at this, too. Who could forget the LHC rap playing on every radio station when they switched on the machine or the world-wide enthusiasm four years later for the discovery of a Higgs boson?

Boaty McBoatface was an unprecedented opportunity to showcase environmental science. In less than a week, over 100,000 people voted and people all around the world were discussing an artic science vessel. NERC had a golden opportunity to capitalise on this interest and showcase their science. Sure, it started with the most British of goofy names – Monty Python meets polar science! – but it captured our imagination.

No doubt finding the perfect captain would have been difficult. A person with fantastic experience, a little PR nous, and maybe the ability to cover Vanilla Ice, but s/he would make artic science the hottest item on social media. Imagine stunning images of ice flows, marine life, storms, and artic sunsets delivered daily to our Twitter and Instagram feeds. A blog with daily updates on the science being done as well as life aboard the vessel, a web site tracking the ship’s progress through polar waters, and occasional live, on-line Q&A sessions with schools would be amazing! Sure it’s shamelessly ripping off Commander Chris Hadfield from the International Space Station, but why not use a winning recipe?

I know that crew members are proud of their ships and I can just about imagine telling my mates I was the Master of RRS Boaty McBoatface. But if NERC got in front of the public’s enthusiasm, the captain and crew could easily have become the face of environmental science for years to come. That would have been something to be proud of, even if it started from a silly name.

Joe's PhD is in Artificial Intelligence but he found himself much more interested in natural intelligence -- how the human mind works. After training in neuroimaging at Cambridge and Oxford, he established a reputation as a leading researcher in how the human brain processes language. He is a former Head of Experimental Psychology at UCL as well as the current Vice Dean for Innovation and Enterprise. Joe’s collaborations with corporate partners include Audible, Vue cinemas, Finecast, the rail industry, and EncoreTickets.  His research has been featured in CNN, the BBC and the Times, among others.

Joe has published more than 80 scientific articles in international journals.