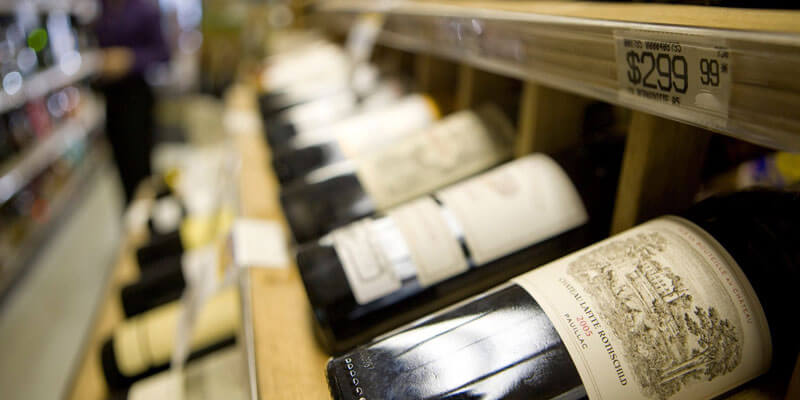 What happens to your brain when you walk into a shop and are faced with a huge, ultra-high definition, 3D television at the startling price of £14,899? Assuming you actually need a new TV, you might dismiss this as ridiculous and laugh at the spendthrift fools who might actually buy it. And then, very sensibly, you start looking at more reasonably priced options, maybe at around the £1,500 mark. You have just been successfully manipulated. Welcome to the world of anchoring.

The above is precisely what happened to me, and it happens to all of us. Anchoring is a type of cognitive bias where the mere presence of an initial number can have a disproportionate influence on subsequent decision making. The outrageous price of the TV serves as an anchor that nudges customers towards spending more than they want. In other words, the price subconsciously influences your expectations about what you would be willing to pay. Safely back at home, the thought of spending £1,500 on a TV seems once again impossibly extravagant.

Unlike many recent findings in psychology that fail to replicate, the anchoring effect is easy to demonstrate and repeat. For instance, in one experiment, a group of participants was asked whether Mahatma Gandhi was more than 140-years-old when he died. Another group was asked whether he was aged over nine. No one got that question wrong, of course, but when they were asked what age he actually was the first group said 67, while the second group said 50. For what it’s worth, Gandhi was 78 when he died. The mere presence of an initial number, however ludicrous, changes the perception of what is reasonable.

The effect is not limited to the lab, but shows up robustly in the real world. In the court room, the damages awarded are strongly influenced by anchors and even sentencing can be affected. In salary negotiations, the starting position influences the final outcome, indicating the importance of making that initial offer.

Every time you buy an item “on sale” you experience anchoring. The original price influences your expectations so the 25% discount feels like a real bargain. Similarly, cars don’t cost the sticker price – that’s just there to anchor your expectations so negotiating a lower price makes you feel like you got a good deal. And as we have seen with the TV example, retailers take advantage of anchoring with in-store displays featuring extremely expensive items so that the nearby products look better in comparison. Heck, you will even use it when setting the asking price on your house when it’s time to sell.

Occasionally companies get it wrong. A large retail chain in the US thought it was a smart move to eliminate coupons and instead create “everyday low pricing.” Unfortunately for them, they didn’t consider the effect of anchoring and sales quickly dropped. When they reversed their policy, customers started returning. We need that anchor to inform us that we’re getting a bargain.

No one is immune

Even when you are aware of cognitive biases, you can still be affected by them and anchoring is a particularly strong bias. Judges are experienced, well-trained, and highly motivated decision-makers, but even they can still fall prey to systematic biases in their judgments. And despite the fact that I have been in psychology for nearly 20 years, you’ve already heard how I fell for it.

So how can you stop getting caught out? The truth is, anchoring is probably impossible to completely avoid. You can, however, minimize its influence by following these simple steps:

1. Be aware. Just by knowing what anchoring is and how it can affect your decision making, you limit its effectiveness. Obviously, recognizing a nudge is a good start. But it is also worth being aware of your own thought processes. Some research suggests that people are particularly susceptible to cognitive biases when they are happy, making them less critical in evaluating their environment and their own judgments. Just to be clear, I am not suggesting starting an argument with your spouse before shopping…

2. Do your homework. The more information you have about a product and its price range, the less susceptible you are to anchoring. So before making a significant purchase, get as much unbiased information as you can. Consumer advocacy groups like Which? or Consumer Reports provide independent, evidence-based evaluations of products and services as well as a comparison of prices and are probably a good place to start.

3. Set limits in advance. If you can decide on price limits before going out, then you are far less likely to go beyond them and make a rash decision. If you know, for instance, that you don’t want to spend more than £15 for a bottle of wine, then you are less likely to pick up the £25 bottle, even though it’s bargain compared to the Château Lafite Rothchild next to it.

Ultimately cognitive biases like anchoring are fundamental to human decision making and we’re stuck with them. In truth, we probably wouldn’t want to reject them entirely because most of the time they provide rapid shortcuts that work well and save us a ton of mental effort. The flip side is that we are mostly unaware of it happening and if we’re not careful, a clever bit of anchoring can see us merrily walking out of the shopping centre clutching a futuristic TV, thinking we’ve just bagged an incredible bargain.

As a neuroscientist at UCL, John investigates the early visual processes involved in reading. When not in the neuroimaging lab, John works on research projects with corporate clients aimed at improving our understanding of human judgement and decision making. With over 10 years of consultancy experience, John has provided research services for clients such as Virgin Media, Digitas LBi, Leo Burnett, and MacClaren McCann.

Brands in the brain

When consumers choose a product, its branding can be hugely influential. This is because parts of the brain involved with decision making are strongly influenced by brand informaton.