Brands in the brain

When consumers choose a product, its branding can be hugely influential. This is because parts of the brain involved with decision making are strongly influenced by brand informaton. 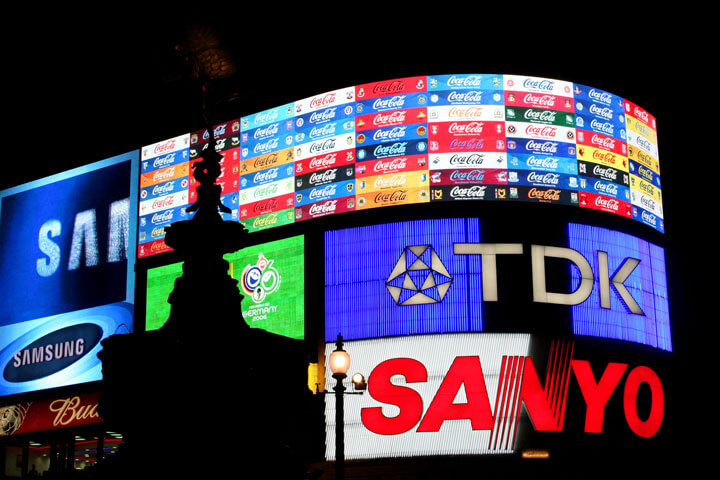 There is always one person at a dinner table who will swear that they can tell the difference between the two and that one objectively tastes better.

What do you say – Pepsi or Coke?

But how much of your preference is the actual taste or does the brand matter?

Companies like Coke and Pepsi spend mega-bucks marketing their brands. They craft a whole culture around their respective colas in order to develop brand loyalty.  According to Danielle Wiener-Bronner (CNN Money), Coke wants to be sexy and dynamic for the young with sleek designs and ever new thrilling taste experiences. In contrast, Pepsi wants to be sexy for those who love vintage, the nostalgia generation. But, does it work? Does knowing that we are drinking Coke or Pepsi make us like either cola more, or less?

Take the Pepsi Challenge -- in a brain scanner!

Samuel M. McClure and his colleagues from the Department of Neuroscience at Baylor College of Medicine, Texas, decided that they had heard enough of this type of conversations. They set out to determine whether people’s preference for either cola is genuine, or in fact biased by brand information (i.e. knowing that you are drinking one, or the other).

Of course, they didn’t ask people directly about their preferences.  They asked people’s brains about which cola they preferred.

The researchers scanned the brains of 67 participants with a magnetic resonance imaging (MRI) machine while they straw-fed them little splashes of either Coke or Pepsi. Here was the trick: sometimes the little splashes were preceded by a simple flashing light, while at other times a picture of either Pepsi or Coke preceded the splash, signaling that now one of the two colas was being dispensed. So sometimes people didn’t know which cola they were drinking, sometimes they did.

Their brain, however, always knew what it preferred.

When based on taste alone (i.e. without knowing which cola they were drinking), the brain’s reward system clearly signaled each person’s preference for one cola over the other. Different people’s brains just like either Pepsi or Coke better. That was objective.

Buy button in the brain?

However, when brand information was present – that is, when people saw a picture of what cola they were drinking just before their next splash of soda – there was additional activity in parts of the brain important for emotional memories and knowledge (the hippocampus and dorsolateral prefrontal cortex). And here was the astonishing part of this study: this activation clearly biased participants’ preferences toward one or the other cola. This effect was especially strong for Coca-Cola.

What does that mean?

It means that the emotional brand cultures that have been built around Pepsi and Coke are strong enough to bias our preferences towards one of the two colas – sexy young or sexy vintage? Our brain is biased by brand information and so are our choices.

So, does brand marketing create a buy button in the brain?

Probably not. But you might want to consider how hard companies are working to get their brand message into your brain.  Is your dorsolateral prefrontal cortex sexy young, or sexy vintage?  You’ll know for sure next time you buy cola.

Julia is a leading figure in the world of neuroaesthetics where she has argued that the pleasure we get from the arts is qualitatively different from simple pleasures like sugars, fats, and sex. Her work explores the cognitive and neural underpinnings of emotional expertise. In this, she works with dancers and other artists as participants to uncover the neurocognitive mechanisms that make these groups of people so highly emotionally sensitive. She has a strong interest in dance herself as she trained as a professional dancer before becoming a neuroscientist.

Julia has published more than 20 scientific articles in internal journals and her work has recently been covered in the New York Times.